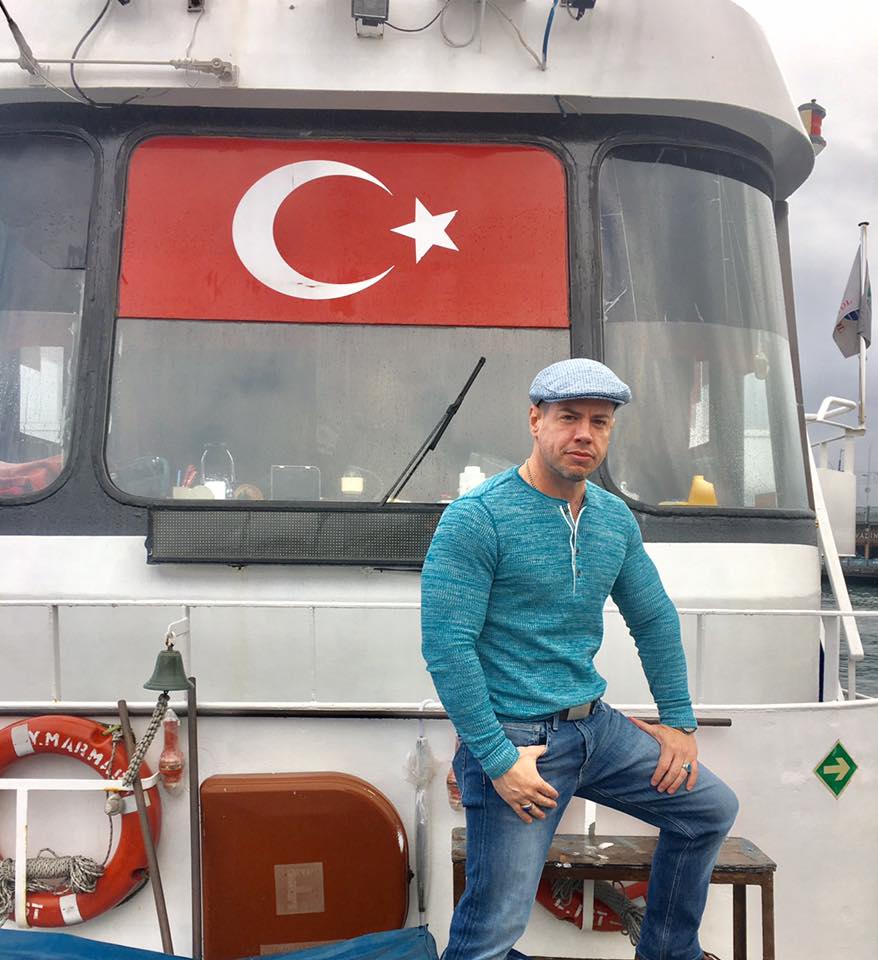 Istanbul, Turkey – largely unknown to many fellow Americans, compared to other places to visit. However, Istanbul is filled with rich history by way of charming sights & neighborhoods that will make a believer out of any traveler. And the new Tom Hanks movie “Inferno“ was mostly filmed here.  Not to mention the delicious foods and deserts. I learned about Istanbul some years ago from an ex-girlfriend that went and I remember her telling me how much she loved it. Well, now I know why… This is my experience:

I will start with the very topic that is on everyone’s mind. When I mentioned to some of my friends and family that I was going to visit Egypt and then Turkey, the consensus was that “I was crazy” because “now is not the best time to go there”. Basically because of any political discord and news of terrorist’s incidents (anywhere). But I knew that It was deeper than that. Because of all the terror attacks performed in our country and abroad, the media has portrayed a world where people of Muslim faith simply hate Americans and Christians. Let me not be a hypocrite and say that for the most part, I also believed that this was true. At least because of the repeated theme that terrorists chant when committed evil acts which is that they are doing it in the name of ‘Islam’ or ‘Allah’. So does the media help shape this belief? Yes. Not to mention that TV Shows and Movies also use this theme to sensational drama in a story. But what about in Real-life? You be the judge…

Upon arrival to Istanbul, I saw some women covered up but not nearly as many as I did in Egypt. So I can sense that the Muslims here were a little different. Then I started to see that most people looked “European” with lighter features than most people from Arab nations. So this confused me at first, because I was told that Turkey was also a Muslim country. As my stay in Istanbul went on, I learned more and found out that many of the Muslims in Istanbul are from Italian & Greek decent. So they look different. Also, Istanbul sits on the European continent mainly but they also have the Asian side as well.

Most Turkish people in Istanbul tend to me mostly “moderate” Muslims. Unlike most of the conservative Muslims in other parts of Turkey and other countries. As I understand it, most people there do not like the current President because he is in favor of those more conservative ways of Islam. But now that I provided some background on that, we can move on to the rest.

So I used Uber to get to my hotel which was the Jazz Hotel which is an ultra modern boutique hotel with a tribute to Jazz Music theme.  Each room is unique in that its named after a specific legendary Jazz musician- and here I have to brag… 😉   They gave me the Miles Davis room. What greater Jazz man than that? ( You can see a video of the room in my Facebook photo album here) Now, on the drives and walks in Istanbul, I can tell you that its absolutely beautiful! Building structures sit on hilltops and so many colors around.. cats & dogs can be seen in all areas which adds to the charm of the city.

Istanbul is going to be one of those places where words or photos will not do it justice. Its just a special place… and I cant wait to go back! Oh, and so much history!

Because of a decline in tourism and their own internal political matters, currently here is the conversion: 1 USD =3.07086TRY

This is of course a great benefit to travelers.

While you can find most of the fast food chains and American entrees in Istanbul, they have so many awesome mom & pop places to eat.. and the food is amazing! Delicious everything! Make sure you try their version of Gyro meat called “Doner“. And so many deserts. As for seafood, Seabass is their most common fish.

You need a very simple Visa, which is nothing more than paying $2o on the Turkish Government website.

Yes, Uber exists in Turkey. So if you’re already accustomed to the comfort of using Uber, go ahead and continue.

I typically always travel by using Expedia. The combination of booking Flight + Hotel together does save money. However, Expedia is only good for 1 destination trips. So if you want to get creative and jump around country to country, Expedia becomes difficult to use- it goes counter to their business model. Keep that in mind… 1 country, 1 hotel, go Expedia.

The flight was about 12 hours.

Now about tours & sightseeing, there are 2 types of travelers:

1. The one that likes researching points of interests, likes to rent a car, take public transportation, find their way around the city to the sites. Basically use a map to “figure it out”.

2. This traveler likes to operate on a set and organized schedule. This means that hiring a tour company is the way to go because it typically includes transportation, English speaking guide, more safety, and more activities per day since its all prep scheduled in a tour program.

Which of the 2 travelers am I? Yes, that would be “B’. I am a highly organized person and structure is what I prefer. I don’t like any downtime in the day time when I am traveling. I want to see and do as much as I can and with as much ease as possible – I don’t want to struggle with anything or anyone. If this sounds like you, then book a tour.

For my Egypt Adventure, I hired Turkey Travel Group and it was the best decision I could have made. They are ultra-professional, responsible, and highly rated by travelers on TripAdvisor. The operations manager that initially set up my tour requirements was Ozlem Batal. She was really helpful in all of the aspects. And the tour guide I was given, of course, was awesome! Ece Dagdevren speaks perfect fluent English and is just so nice and accommodating. So kuddos to her and the company!

If you want to see more of my travel photos from my adventure in Istanbul, feel free to visit my Facebook page here.

Those are the places you have to visit as they have historical importance:

So I recommend Istanbul, Turkey to any friend or family member. And if I can answer any questions, please feel free. So I thank you for allowing me to share the photos from my experience with you.

Disclaimer: I don’t claim to be a safety expert or scholar on international relations. You have to utilize caution when traveling anywhere. You should always do your own research and contact the American Embassy for any specific questions. The positive experience described here is simply my own.