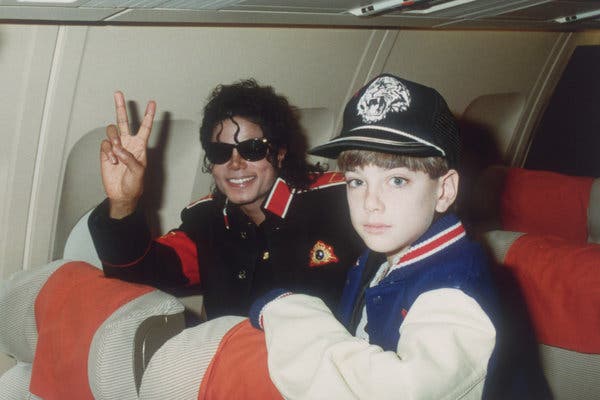 I spent the last 2 nights watching the documentary about Michael Jackson’s sexual abuse of 2 little kids (now adults) titled “Leaving Neverland”. I watched it, not because I’m a big Michael Jackson fan, I’m not really, but simple intrigue. There’s no denying that he was probably the biggest star in the world through timeless songs and dance moves etc. But these 2 victims bring forth so many details of Michael Jackson “the private person” that it makes both cases explosively compelling.

As a straight man, I’m so removed from any sexual activities that would involve same sex that hearing these 2 men describe sexual acts and customs with Michael Jackson (in graphic detail) made it very difficult for me to process. I was disturbed to say the least. But more so, because it was done to 7-year-old little kids, which in my mind were just 2 years removed from 5 years old, which is still a baby. My God! Who can be attracted to a child??? But then I told myself, “A Pedophile”. That’s what that is. That is what they do.

It made me think about the Catholic Church and how faithful parishioners sometimes cannot accept when their favorite priest is accused of these same crimes. I mean, who has more secrets and scandals than the Catholic Church? They have covered up so much for maybe the 2,000 of existence. Today, social media and technology easily exposes anything, so now we know more. But why isn’t there a mass exodus of the Catholic Church? Or at least some rebuke for what they have allowed. Broken little innocent kids have been left destroyed all over the world because of priests and sometimes even nuns. Christianity is such a beautiful thing. Why tarnish it? I asked myself. The only conclusion I can reach is that human beings are deeply flawed, and some born sick. Just sick in spirit with no moral compass.

How do these priests and pastors get access to these children? It’s the parents. The parents are so mesmerized with reaching higher levels that these mere mortals become God’s themselves. Sad that a parent would freely give access to their little children in the name of any cause. But this is the case in the ‘Leaving Neverland’ documentary. There are 2 victims and 2 sets of parents. These parents became so enthralled with Michael Jackson that they literally gave their kids away to his bedroom. They did this long enough and frequently enough so that a crazy sexual relationship formed, a relationship that lasted many years.

So, do I personally believe Wade Robson and James Safechuck? I absolutely do. The details, timelines, faxes, hand written notes, and vivid recollection is too clear for bullshit lying sessions to have taken place in order to make these allegations up. I believe that Michael Jackson was an evil predatory pedophile that methodically used his star status and money to brainwash little boys into sexual relationships. Some feel that justice will never be served for these victims. And God only knows how many there are around the world… but justice may have been served with that lethal shot of Propofol on June 25, 2009. Sometimes justice comes in unexpected ways. But why is our judicial system so lenient with Pedophile offenders? Why isn’t it a 25-year sentence followed by the electric chair? That seems fitting to me. I mean, why are we giving lengthy prison sentences for financial crimes? That doesn’t make any sense.

So yea, Michael Jackson was a demon. Im sure his family knows it but will continue to deny it. And I can’t help but feel that the parents of these 2 boys should have been punished in some way. It is they that delivered the baby cattle to the slaughter house. It’s a cautionary tale that should remind every single parent that they SHOULD NEVER GIVE ACCESS OF THEIR CHILD TO ANY OTHER ADULT, PERIOD.