Skip to content
HOME > ARTICLES > NEWS > HOW ARE YOUR NEW YEAR RESOLUTIONS GOING? 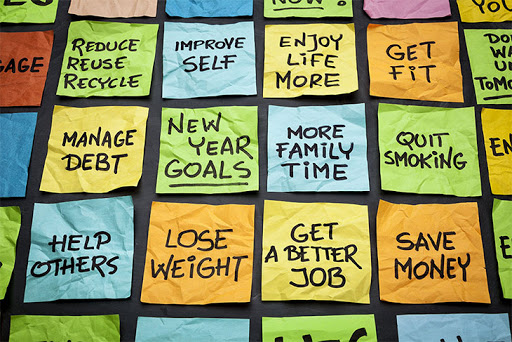 HOW ARE YOUR NEW YEAR RESOLUTIONS GOING?

With the New Year just starting and the effects of eating, drinking and partying too much during the holidays over, people are probably settling into their routine for the year. While everyone knows the origins of Christmas, what about how and when New Year’s resolutions came about?

The first known people to make New Year’s resolutions were the ancient Babylonians some 4,000 years ago. At that time the New Year was in spring, when crops were planted and promises were made to the gods to ‘be good’, ‘pay any debts’, and ‘be loyal’ to keep favor with the gods and have a good harvest. The Roman Emperor Julius Caesar changed the calendar and moved the year-end to December, circa 46 B.C.E. The first month of this New Year, January, was named for Janus a two-faced god. Apparently, Janus used the two faces to look back at the previous year and forward to the year ahead. To keep favor, Romans offered the deity sacrifices and promises of good conduct for the coming year.

How are your resolutions going? Will the gods favor you and your harvest be abundant? It is still early in the year, but some of you have probably already let your resolutions slide away into the dust. If this is the case, you are not alone. Many people never even start working on the goals they made in a haze of excitement and booze on New Year’s Eve. Others start full of good intentions, but by the end of January those intentions have waned or disappeared as real life takes over. Statistics say that by February, 80% of people have stopped even trying to keep their New Year’s resolutions (how these are compiled remains a mystery). But do not despair. The year is not over yet; in fact, it has only just begun, so it isn’t too late to start working on your goal, unless your resolution was to do something within the first few days of the new year. So take another look at what you were aiming for, and see if you can still make it work. Don’t beat yourself up if you truly can’t manage everything you set out to do. New Year’s Eve isn’t the only time to start improving your life; it is an opportunity, so set new targets that you can reach and aim for those.

Don’t just look at your goal, but at the road that gets you there. Find the road blocks and remove them. Examine the forks on the road to see which ones are a false start and carefully choose the best path. Set up milestones along the way, and don’t look at how far the finish line is, which might be discouraging; Stay focused on the next milestone, then the next. You will be crossing the finish line before you even know it!

Let’s look at why some resolutions fail and how to keep them ‘alive and kicking’, to quote the rock band Simple Minds.

It seems that resolutions fail for a few reasons: one being the drink-induced bravado of the celebration on New Year’s Eve. What seems like a fun and good idea after numerous glasses of something considerably stronger than water often seems pointless and impossible in the throes of a massive hangover. Not every resolve to do better is alcohol induced; but even in abstinence, the excitement of the moment can influence a decision that under other circumstances would not seem as great or important.

Many New Year’s resolutions are made thinking about what you want to change for the better, without thinking through how to do it. “I want to run or walk 10 miles a day” is a good idea, but if you are working two jobs, it may not be practical as there is simply no time to do it. This example highlights another reason why many resolutions are not seen through to the end of the year. However, if you look at your resolve from a different angle it might still be possible. Instead of looking at the 10 mile walk as an event, think only of walking 10 miles a day. You can buy some sort of pedometer (could be an old-style step counter, a bracelet, or a phone app) and count the distance you walk during a normal day and then see how much more you need to add. Take the stairs instead of the elevator; park the car farther away; get off the bus at an earlier stop. You might be surprised how much farther you walk without it taking too much extra time.

Many goals are set so high that achieving them seems such an impossible feat, so people give up. To make them seem attainable, set up several mini goals. For instance, losing 30 pounds before summer might seem impossible, but losing at least one pound a week seems more like something you could do, and you will not be far away from your goal of 30 pounds by summer.

Vague resolutions tend not to work because they are vague. You might have an idea of what you hope to achieve, but unless you make it more specific, it is very hard to stay on course. Think of the intention: eat out less often. This is vague. What is less? Only the person who expressed this desire knows what it means, and even then, they may not have an exact idea. Set a target of only eating out two or six times a week, depending on how often you normally do it.  If you eat out every night, then gradually reduce to six, then to five, and so on. Again, it makes the target more attainable, plus every time you manage to reach your goal, you feel better about yourself. This in turn inspires you to stay on course.

Phrase your goal in a positive way: “Eat out less often” and “Eat more often at home”, sound different, yet the end result is the same.  Positive thinking makes us more positive, whether we realize it or not, so try to formulate your resolution is a positive way. Not only does it make it more appealing, it encourages you to achieve it.

When it comes to your New Year’s Resolutions next year, remember how things went this year and plan accordingly. Having good intentions is not enough; you need a plan to achieve your goals. It is satisfying to be part of the very small group of people who achieve their New Year’s resolutions. If you are still on track to keep all the promises you made, well done and keep it up!